More of the same action executed yet again by the camera and editing rather than choreography.

Jittery frames, what feels like “an edit every fraction of a second is what we associate the Bourne films with. And that is exactly what we get with Jason Bourne. I, for one, have grown tired of the action being taken over by camera and editing. Even if there is a bit going on in the story, it becomes too much effort to focus on. And when you finally find that focus, you realise there isn't much in there.

Sure, Jason Bourne has 3-4 threads playing against each other making it difficult to decide on the characters' loyalties. It is enough to make you wonder if there is more to the film than the run-of-the-mill action. However, the intrigue is not enough to keep you from being annoyed with the rest.

Surprisingly, the background score is subtle at times and not a pulsating theme running through the length of the film. There is well-shot mob sequence in the beginning too. It creates a bit of an excitement considering it relates to recent political developments. But, of course that has nothing to do with anything in the rest of the film. 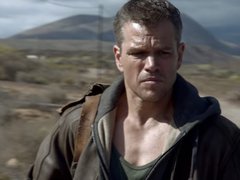 In action films the performances aren't usually anything special. The protagonist is always in the mouth of danger so he is always tense and in a rush. The antagonist is scheming and being suave. The others fall in line as need be without antagonizing or making you cheer for them.

Jason Bourne, the film then is one long chase sequence with sub-chase sequences. The over-arching privacy vs. safety issue seems just like make-up or a fashionable buzz phrase that is needed for the audience to know that the presenters are in with the current times. The skeleton and flesh stays pretty much the same.

Finally ! ...we get your verdict on Hollywood films as well...A southie movie buff who goes by your word for Hindi movies...pls rate at least one every week

fanofcfc8 has given this movie a Not Interested in Watching. fanofcfc8 has posted 14 comments and has rated 12 movies. See fanofcfc8's page for more details.
meeta

@Bibs Hope is to get one a week, but it is a little difficult to fit in schedule. Should fit in, over time.