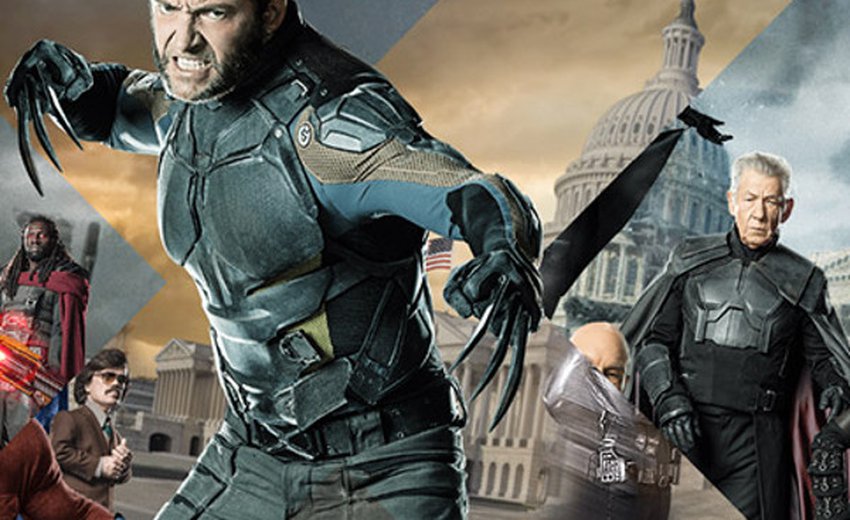 X-Men: Days of Future Past

Bryan Singer returns to direct an X-Men film, and does a good job with it. X-Men: Days of Future Past has a terrific plot, aided by a superb ensemble cast.

There was a time when it seemed like there were just too many X-Men films coming out. After the original trilogy, the fifth film in the franchise, X-Men: First Class, featured an all-new cast, as it narrated the origin stories of Professor X and Magneto. The film, luckily, breathed some life into the franchise.

The seventh film now, (two Wolverine films also appeared along the way,) X-Men: Days of Future Past, brings the cast and characters of the original trilogy as well as those from First Class in a terrific way - with a hooking plot that makes you invest in the X-Men like never before.

In a dystopian future, the X-Men are being hunted and killed by machines known as Sentinels, for whom the X-Men are simply no match. Professor X and Magneto come up with an ingenious solution to the Sentinal menace.

With the horde of Marvel films coming out lately, it is becoming increasing difficult to make each film stand out. The last of them, Captain America: The Winter Soldier, was a fun film, albeit one that still had too basic a plot. In fact, it is in the stories that films can either stand out or pale away; nothing separates them in terms of scale and execution.

With original director Bryan Singer coming back at the helm, Days of Future Past has the thrills and bangs alright, but it is really all about the plot. The time travel aspect, the urgency in the characters' actions, the ambiguity in the motives of characters appearing both in the past and the present - all of it keeps you engaged all along.

Even though the film seems to borrow so much from so many films in the recent past - for example, there are more than a few Matrix and Inception déjà vu moments sprinkled through the film - the fact remains that set in this X-Men universe with its unique set of characters, it works well.

The ensemble cast works even better, because now there are just so many of them. Hugh Jackman has made Wolverine his own, and he's terrific. And there's great joy to be had with the thought of Michael Fassbender and Sir Ian McKellen portraying past and future versions of each other in the same film. Ditto for James McAvoy and Patrick Stewart. Jennifer Lawrence, expectedly in much better shape than in First Class, gets a meaty part and makes it count.

One slight disappointment was that there isn't much that stands out in the jaw-dropping set piece department, only because we've seen so much of this already. But do watch out for one incredibly clever scene involving the lightning-fast reflexes of Peter Maximoff (or Quicksilver).

With the final tiny post-credits scene, the stage is now set for 2016's X-Men: Apocalypse. Days of Future Past has set the tone for the future nicely.