Humour so dark, it's difficult to laugh. Morality so skewed, it’s difficult to appreciate as reality. Of course, people are evil. But the kind of evil attributed to the less-privileged reinforces a stereotype that I cannot stand by. Even in a movie.

A stash of cash goes missing at your home, or one from a pair of gold earrings isn’t to be found. Who is the first suspect? If you have a helper at your home, invariably they are accused. I have witnessed such a situation many more times than I would like. All except once, the accusation didn’t hold any weight. That’s why films like Parasite and The White Tiger make me uncomfortable. And despite the pulp, despite the obvious dark humour, despite the appropriate portrayal of other social realities, I just cannot like the films.

His crooked smile reveals the paan residue and injustice consumed over the years.

They cast such an ugly light on the less-privileged that it shakes me from the inside. Sure, unlike the topic under their gaze, “wealth inequality” they cast an equally low light on the privileged too. And I understand that these story-tellers are merely using the framework to tell the story of one amongst many underprivileged, who is pushed too far. I have trouble with that too, on two counts.

The characters in the films are portrayed as representations of specific groups in real-life society. So, it is not a one-off story of this odd-ball character. The writers try to create situations where the poorer person is pushed—the push is used to justify the person’s evil behaviour. It just doesn’t vibe well.

With much difficulty, I keep my discomfort aside for a bit, to assess the other aspects of the film. Once you turn some sensitivity switches off, there are a few silver linings.

The White Tiger spends quite some time and effort in pressing that often the oppressed person doesn’t know they have a choice. I appreciated the parallels between the mistreatment afforded to a person from a lower caste and a woman of the house. The men in the house do not want to acknowledge the existence of either of them. One is better-exposed to how a relatively less unequal world works and therefore can assert their presence despite being put down repeatedly. They even manage to shine a guiding light to the choice they didn’t know they had—they can walk out. Interestingly, the other two strong women in the film are in strikingly contrasting social situations. And both are equally nasty characters. 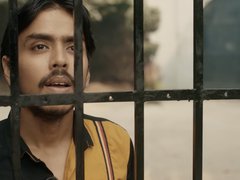 Outside of the main story, The White Tiger does a decent job of representing the two Indias—the rich/urban/upper caste/privileged India and the poor/rural/lower caste/unprivileged India. Within the former though, the film picks on a sub-layer—the privileged who are aware of the inequality and want to do something about it. Or at least think that they want to. Until, of course, it becomes more convenient for them to turn a blind eye to the injustice.

Subtly, the film conveys how the supposed kindness accentuates the inequality. It smirks at the holier-than-thou attitude worn by such people towards both those privileged like them and the less-privileged. The former, they tell off for being unfair. The latter, they do not miss a chance to teach good manners. And of course, our protagonist, the less fortunate Balram (Adarsh Gourav), is quick to pass on the condescendence and wrong-doing to someone he has an edge over.

Once you turn some sensitivity switches off, there are a few silver linings.

On the other hand, Balram’s voice as the narrator gets tiring. Not the actor’s voice, the narrator-tool is over-used and cumbersome, even if it is masked under the pretext of a letter he reads aloud. Also, the confident narration set later in the timeline doesn’t make you feel the desperation or the helplessness of his character from when he was younger. We will never know if he was always aspirational because of this device. An odd-line here and there, push us in one direction and then the other. For instance, he pranks his master to amuse no one but himself within a moment, but he doesn’t have the presence of mind to ask for something in return when he is asked for a favour. The story moves like the anger is seeping over time, but the anger was always there too.

Fortunately, though Adarsh Gourav makes conflicting emotions believable. His crooked smile reveals the paan residue and injustice consumed over the years. Also, the other two main characters Ashok and Pinky, are consistently written but are perfunctory. Pinky’s mysterious disappearance, for instance, when a very important paper is being signed bothered me no end. Thankfully, Rajkummar Rao and Priyanka Chopra play them out convincingly.

But for bits and pieces, most of the writing is episodical and doesn’t necessarily flow seamlessly. The unevenness continues right to the end. And of course, the metaphorical cycle of life suddenly ends with the now-rich Balram being snubbed by a politician, much like he was treated as a servant by his ex-masters.

So-So, by Radha Krishnan : Well made, but looks down on India

So-So, by Raj : High attitude "I am too intelligent - I see it all"

Dear Meetu, After 50 pages, I had kept aside the novel because it was too Brahmanical - portraying ugly under-belly of India for international bibliophiles. The movie too caters to same cringe-based Americanized award theatrics.

Raj has given this movie a So-So(High attitude "I am too intelligent - I see it all"). Raj has posted 99 comments and has rated 67 movies. See Raj's page for more details.
meeta

I don't know about the book's target audience being international bibliophiles, haven't read it. But, the movie surely felt like it was reinforcing a stereotype against the financially vulnerable.

Thanks for pointing out that while it made good viewing, the after-taste is to reinforce the perennial bias in Indian society against the 'lower class' - they thieve, they kill, they should be kept off-balance with constant threat of being fired. The other part that seems to sell so well internationally nowadays is that India is a lawless state - the only person concerned about morality or decency is the 'foreign educated and living abroad' person; anybody living in India is not only immune to it, but perpetuates the 'take the law in your hands' mindset.

@Radha that contention is arguable. It is sort of like saying because DDLJ is about a certain class of people it perpetuates the 'wear fancy clothes and dance around' mindset. These films have hundreds of characters, we focus on the 4-5 main characters. But there are plenty others who are not perpetuating that mindset. I for one, take that with a pinch of salt and say the story is about these 4-5 characters and they are what they are. All of them might happen to be of a particular mindset but that doesn't mean the writers are saying everyone from that country is like that.