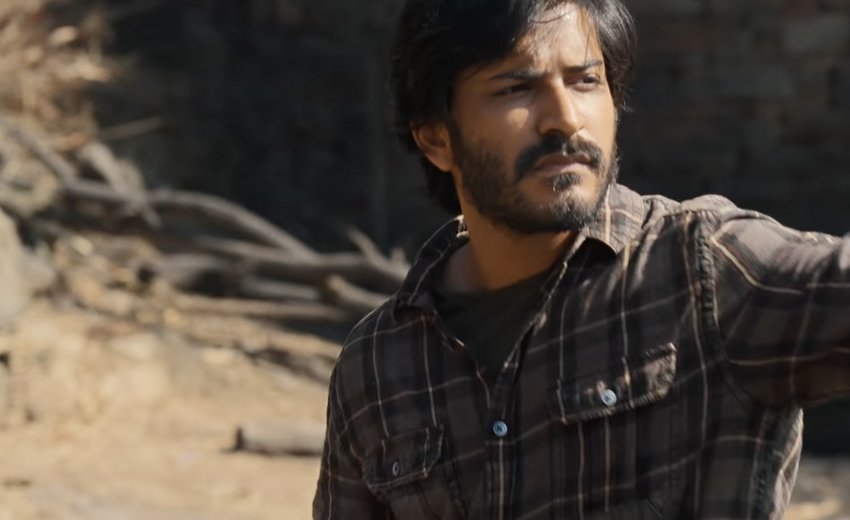 Gory and done well enough for you to want the stomach-churning onslaught to stop. Great performances and aestheticscannot build a connection between two stories that are forced together into a film.

From the first scene, Thar captures your imagination with its cinematography and the breathtaking part of nature the camera is trying to absorb. The performances keep you engaged, though the same cannot be said about the writing. The intrigue created is wasted because of the pace at first and then the relentless goriness.

It is quite something then that Harsh Varrdhan Kapoor and Fatima Sana Shaikh play out the palpable chemistry between their characters from the first scene they are in together.

If I ever think of Thar in the months to come, the visuals of the haunting, gorgeous arid desert will flash before my eyes with quirky music playing in the background. I will also remember how consistently the atmosphere was maintained right down to the last scene. Alongside though, will be the gut-wrenching violence that is more-or-less a constant throughout the film.

Unfortunately, the performance that makes the horror believable will be overshadowed by the nature of the bloodshed itself. As mysterious as the perpetrator is, the makers are also intentionally creating a soft spot for them. So, neither can you take their act too seriously, nor can you be entirely terrified by them. You just want to shut your eyes to whatever they will do next. The torture feels like an end in itself rather than a means to an end.

Within the first hour, you can either vaguely guess their motivation or have lost interest in knowing. This is a shame because, at a little less than 2 hours, Thar is a crisp film. It just has very little to say. This must be why two threads are forcefully sewn together. As a linear one-liner, the premise is pretty basic. The addition of another plot feels like a distraction to keep you from noticing the plainness of the writing.

Sure, the writing tries to add layers to Anil Kapoor’s character through his family life and his insecurities about his career progress. But, this is true only for his character. Therefore, this, like the side remarks on the caste system, doesn’t feel intrinsic to the film. 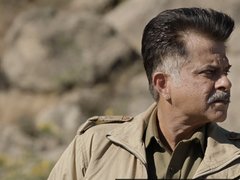 It is quite something then that Harsh Varrdhan Kapoor and Fatima Sana Shaikh play out the palpable chemistry between their characters from the first scene they are in together. Alas, these good bits are strewn across without them coming together to make a memorable film.

That is disappointing because the film is beautifully shot and executed. The noir ambience created like that of a well-made western film stays just that without the backing of a good story.

Thumbs up, by Nitin Jain, Glamsham.com : ...Overall, Thar as mentioned earlier is not for the faint hearted but would be loved by audience who are aware of the genre and tend to enjoy it... full review

Thumbs up, by Renuka Vyavahare, Times of India : ...har is brutal and if you cannot stand graphic violence, this one’s not for you. Switching on the English subtitles is also recommended for the desert dialect isn’t everyone’s cup of tea.... full review

So-So, by Madhuri V, Filmi Beat : ...Devoid of any songs, Thar is a crisp watch with a duration of one hour and forty-eight minutes. Ajay Jayanthi's background score seems a bit jarring at the beginning, but soon settles in. Read more at: https://www.filmibeat.com/bollywood/reviews/2022/thar-movie-review-anil-kapoor-harsh-varrdhan-kapoor-fatima-sana-shaikh/articlecontent-pf325824-334148.html... full review

So-So, by Shubhra Gupta, indian express : ...Thar has many elements jostling for our attention: a tiny outpost in a border town, a mysterious stranger, a couple of cops, and a series of bodies, draining of life-blood, decaying, dying. But this is one of those films where the setting is the real hero– the ‘marusthal’ (desert) stretching as far as the eye can see, crumbling forts, bare trees providing meagre shade, implacable, hard beauty. This stunning landscape and the haunting soundscape becomes the site of a ‘bawandar’ (storm), as a principal character describes it, which blows everything away in its wake. These sights and sounds of Thar will stay with me, even as I quibble about some of it.... full review

So-So, by Saibal Chatterjee, NDTV : ...Thar, a film with dialogues by Anurag Kashyap, has a few sharp edges, but it promises much more than it actually delivers. Vengeance, says a character, is a double-edged sword. In Thar, it has the feel of a mirage. It is bloody all right, but is far too pale to knock us out of our wits.... full review

So-So, by Avinash Lohana, Pinkvilla : ...Thar is not only a thriller, but also has an important message at the end. Overall the film had immense potential and manages to retain a lot of it too, but what disappoints is the lack of enough twists, predictable turns and dispensable additions to the story.... full review

So-So, by Sukanya Verma, Rediff : ...The women in Thar are its frequent casualties but Mukti Mohan's bawdy belle makes a meal out of it and emerges as the only bit of spunk in an otherwise dreary deal. Clint Eastwood could be well talking about the Western genre in The Good, the Bad and the Ugly when he famously said, 'There's two kinds of people, my friend. Those with loaded guns and those who dig. You dig.' Thar is too pretentious to do anything else.... full review

So-So, by Nandini Ramnath, Scroll.in : ...We request you to support our award-winning journalism by making a financial contribution towards the Scroll Ground Reporting Fund. The fund will ensure we can continue to ask the questions that need to be asked, investigate what needs to be uncovered, document what must not go unrecorded.... full review

So-So, by Stutee Ghosh, The Quint : ...Anil Kapoor mines the weariness and wisdom on his face with aplomb. Harsh Varrdhan Kapoor plays the self-proclaimed antics dealer Siddharth with a hollow, vacant look throughout the film. His face really doesn’t give away anything, it registers no emotions and one is not sure if this is the best he could do or was he instructed to play the character with a lost look. Perhaps we will never know.... full review

Thumbs down, by Subhash K Jha, Bolly Spice : ...Until the end I couldn’t figure out why Raahul Singh was going around shooting people . The more the merrier,I guess.Minimalist in mood, nihilistic in tone,and atrophied in its execution, Thar tries to be that dark brutal desi Western which is cannot be.... full review

Thumbs down, by Russel D'Silva, Bollywood Life : ...Being boring isn't the only problem of Thar on Netflix as it's just scratchily plotted and weakly directed. These new-age Bollywood filmmakers need to first and foremost understand the difference between dull filmmaking and art filmmaking, and secondly that they're hardly reinventing anything as what they think they're doing, obviously motivated by international filmmakers, has been done decades ago by our own past masters. I'm going with 1 out of 5 stars for the spectacle and some bits of genuine horror.... full review

Thumbs down, by Anuj Kumar, The Hindu : ...However, the senior Kapoor can still wade through shallow waters and imbue life in dry situations. Like wine, he is getting better with age. In fact, it is the conversations between Kapoor and Kaushik over food that keep you spirited in Thar.... full review

Dear Meetu, Thanks for this review. I was interested to see this movie just for its visuals. I love westerns and I will surely catch this one...
Some how I also like non-assuming Harsh.. He has his own calmness around him. I hope he gets good roles.

Raj has given this movie a Want to Watch(Just for Western Movies feel). Raj has posted 94 comments and has rated 62 movies. See Raj's page for more details.
meeta

He is unassuming for sure :)