Period films and voiceovers presumably share unbridled equation in our industry. If its unwritten rulebook is anything to go by, such a film has to carry a salute of some star’s voiceover in the beginning. I had assumed this well before entering the cinema hall. However Razzakar follows in others’ footsteps rather disappointingly. I honestly have no grudge against it (consider Queen for example), but this badly abused narrative clearly signals the lack of creative force behind the storytelling.

Let’s not talk about the film’s idea here - it’s a clear-cut portrayal of the Hyderabad Liberation Movement that erupted in 1948. Razzakars are a private militia formed by the Nizam of Hyderabad, said to have tortured and brutally killed thousands of people who supported the state’s merger with the dominion of India.

The film, however, chooses not to get into this multi-layered political crisis. It instead depicts a village’s and most importantly protagonist's struggle against the Razzakars – which is fair enough. Possibly being Razzakars’ early representation in Marathi cinema, a lot was riding on it. The film disappoints not in parts, but in every possible way. Although what saddens me more is its failure to get its act right even at a relatively smaller scale. 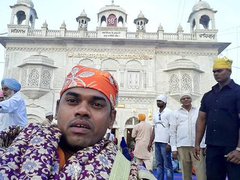 Characters that drive the screenplay are themselves written so amateurishly – let alone their portrayal – that the whole film appears forcible throughout. The done-to-death recurrence of – three, elderly villagers discussing the arrival of Razzakars into the village or a freedom fighter wanting to be a martyr in any given situation or a man whose jaw is wide open every now and then – make for regrettable hilarity. But above all, the unwarranted instillation of a love story signifies immature writing-direction rather evidently. Every other character performs erratically for no apparent reason causing confusion.

A hen binding the story together is simply outstanding, though I am unconvinced with its shoddy depiction. The director fails to make the most of this hen to intensify his antagonist (Zakir Hussain) in the opening scene, making him appear flat rather than fearsome. The makers do resort to a number of comic moments to hold your attention, the lack of conviction though deadens it.

Another crucial aspect that bothers me as much as the film’s script is its not-so-terrifying violence. Razzakar is about Hyderabad’s burning past; and despite having on-screen violence involving countless killings, homes set on fire, bloodshed or throat-slitting, it looks half-baked. The so-called goriness, mostly tried through visual effects, just doesn’t evoke emotions.

Inferior production design is another low point in the film. After all, it’s very hard coming to terms with symmetrically-well-designed houses, plastic mini flags or glossy flags in 1948. This could also have to do with the film’s story not offering any creative room to deepen its otherwise dull setting.

Historic films are nowadays doing what history textbooks did in school. Both end up boring you, regardless of boasting adventurous moments.

I couldn’t connect with Siddharth Jadhav’s peculiar character. His efforts indeed deserve appreciation, considering the manner in which he entertains out of nowhere. His diligent performance, on the other hand, draws your sympathy without any necessity.

Razzakar suffers from poor characterization, dull portrayal and passé dialogues. There is not one single scene in which the debutant director looks promising. And lack of experience doesn’t justify his insipid display.

A Marathi film on Hyderabadi issues?? What next, a Hindi film on the Crimean War.

I miss completely the connection. Not that it is prohibited to make films on context that has no bearing to the target audience, but from commercial point of view how to get the target audience to theatre for a subject that has as much affinity to them as meat-only restaurants would have to vegetarians.

>>A Marathi film on Hyderabadi issues??

Fan, I've not seen this movie so I don't know which geographical location is covered in this movie. But it is worth noting that Marathwada region of Maharashtra was part of Hyderabad state. I've heard stories of Razzakars visiting villages of Marathwarda region from elderly folks there.

@Swapnil: Razzakar is basically set in a small, Marathi-speaking village called Khandgao. It remains unspecified whether this village was part of Marathwada or any other region or completely fictional for that matter.

@Fan: I don't think a Marathi film on Hyderabadis could be selling point, unless it has some strong story to sell.