Relationships are complex and enormously difficult. Director Swapna Waghmare Joshi probably took it to heart and determined to simplify it in a filmy way. She ends up making it puzzling and pointless. Her story appears as clueless as those relationships that have no idea of what the future holds. To make stories engrossing enough despite their repetitive nature is what a film aims for. This is where Mitwaa falters right through to the end.

This so-called musical love story is quite ordinary. Shivam Sarang – a successful hotelier who hates love, marriage and commitment – falls in love with a girl afraid of relationships. Their friendship grows and so does their love for each other. But this is not it. The director brings in some tried-and-tested, formulaic twists to enthrall you. This drama, however, unfolds after exhausting you for more than an hour.

Mitwaa lacks excitement, emotions, clarity and even honesty; both in its writing as well as execution. As a viewer, you are not at all part of the film’s progress. You feel sidelined. As a result, you just don’t care if the characters come together or grow apart. I found myself either laughing or yawning at emotional scenes. 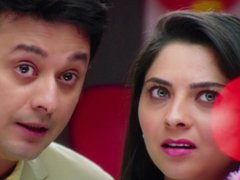 Non-linear storytelling is indeed one of several ways to grip audiences. Sadly, I feel it is being forcibly crammed into almost every other Marathi film these days. And Mitwaa is one of those. You correctly sense how the story will progress. However in order to contain predictability and make a usual story look unusual, the director chooses to spice up things with an astonishing end. Well, I must say it comes across asa masterstroke. But as the scene advances, the efforts look over-explanatory. Meticulous direction is missing all over the film and this particular scene loses its impact just because of that.

I wish I could speak about several narrative flaws in the film. As I go into details, it would eventually serve as spoilers to you.

Every time I see Swapnil Joshi in a new film, his chocolate-boy image grows stronger. Blame it on the kind of films he does. This time, his spoilt-rich-playboy image emerges conflicting with his successful businessman’s role. I no way mean to say that a playboy can’t thrive in his professional life. The way his character is portrayed, it looks superficial. And this is the issue with all other characters too.

Sonalee Kulkarni’s performance is contradictory to her background story. She is brilliant as always, yet her character falls short of emotional depth at decisive moments. If you have seen her previous work, you know what she is capable of. On the other hand, careless direction kills all the charm around Prarthana Behere’s Avni.

Dialogues are tolerable. Swapnil Joshi must be credited for making some of the dullest dialogues sound outright witty. They undoubtedly lack sense.

Camerawork is vivid and disappointing at the same time. Its is way too showy, and it doesn’t serve any visual treat. It overlooks the geography of characters at more than a few instances for whatsoever reasons. A hilarious moment came when a couple sitting next to me joked about it loudly, instigating the entire theatre to burst into laughter. Though this run-of-the-mill love story is set in Goa, it fails to exploit the state’s stunning locales (I don’t know if the entire film was shot in Goa).

Mitwaa might do more than good business, having purposefully released on the eve of Valentine's Day. Nonetheless; the film has almost nothing that can be termed as even half good, hampering all the supposed excitement.