Lion is a good primer to the world of Charles Dickens. And - as if you'd need it as a cinema goer - to the world of Steven Spielberg. Dickens for its poignancy. Spielberg for its sophisticated simplicity. Lion is a different movie depending on who is watching it. For South Asians or those familiar with the region, the story is a slice of life tale from the neck of the woods - told with sincerity and restraint.

For anyone outside of that milieu, the film can be an emotional roller coaster - a tour de force which will wreck you and make you sob like well, a baby, by the end of it.

As a visceral experience, the film succeeds without resorting to too many contrivances or needless manipulation. Even where it may seem a wee bit manipulative, it does so in a way that seems fair and transparent.

The cinematography is lush and sweeping, capturing the earthiness of central India whilst the background score complements the tense narrative without being overwhelming.

Sunny Pawar as the young saroo makes you fear for him and root for him at once. Priyanka Bose leaves a big impression in a small role - with eyes that only mothers seem to have - the kind that does not know but the way she looks, you know she knows. 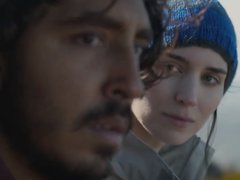 Dev Patel's face is a consistent index to his mind - and he shines and holds his own with the fabulous Nicole Kidman, who has only one strong scene and makes it the strongest and the most important stretch in the film. Eventually, the movie is perhaps a little less than the sum of its constituent parts - then again, when it is Dickens and Spielberg in question, underplaying is the natural order of play.

One of the best performance from the actor Dev Patel.