A thriller on a slow-burner that mulls over the inequalities in society without getting preachy. Well-shot, well-performed, and even well-written, except for one last bit where it gets manipulative—thankfully doesn’t take away from the experience. (Available on Amazon Prime Video)

Jalsa challenges the better-than-thou-ness of the righteous. Jalsa provokes its protagonist belonging to the lower-income group, to go over the edge. Jalsa makes us worry for both of them, making it a film that can be watched more than once just to observe the mix of emotions that the lead characters go through.

The relationships between them are made ever so believable with the palpable everyday life chemistry.

Our films rarely write characters as vulnerable as Maya (Vidya Balan) and Ruksana (Shefali Shah), and that too throughout most of the film. That kept me tuned in completely, constantly wondering about the possible resolutions. Yet, you do not lose what is happening at the moment. The film’s pace gives you time and mind-space to empathise with the characters, be with them, and be concerned about the well-being of their conscience.

Jalsa plays with our stereotypes of what we expect from the financially stable and those who are not. Of course, ideally, we want everyone to be equally ideal. But we do give leeway to context and situation. As we watch the story take its time to unfold, we see ourselves participating on both sides of the debate. Yes, one side has been wronged beyond measure. At the same time, given that the wrong has already happened, what do we want the wrong-doer to do?

I cannot imagine being so involved in a movie were the reins not in capable hands. Well thought out characters, the one-line ‘what-if’ premise, and the situations created for the what-if to play out—all do their bit to make sure we stay with the film. When you sit back and think about the film, you marvel at how much it made you think about societal injustice owing to wealth inequality without ever mentioning it.

It comes through with how the wrong-doer compensates for her guilt. It comes through in moments when she thinks she has done enough. You see a character’s helplessness not just because of the situation that life has thrown at her but also because of the gratitude expected of her. There is passing commentary on the behaviour expected from a young girl, which is extraneous to the main story but would be conspicuous by its absence were it not there. The pulp situation written into the story is half amusing and half indicative of desperate measures taken by the powerless. 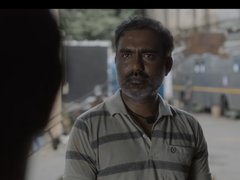 Having seen the film, it is difficult to think of anyone else who could have essayed Maya and Ruksana the way Balan and Shah do. Young Surya Kasibhatla kept me in awe through and through. Rohini Hattangadi owns her space with elan. The relationships between them are made ever so believable with the palpable everyday life chemistry.

After a really long time, a film has made me feel like I wanted more, so much so that I want to watch it again. Sure, I would have liked it even better if it had not tried to manipulate my feelings in the climax. But then again, the characters’ feelings were ambiguous to themselves too.

Thumbs up, by Devesh Sharma, Filmfare : ...All in all, director Suresh Triveni has given us a hugely satisfying film about choices that life offers us. Everything we chose has a consequence and that’s the point brought home by the film. The storyline is backed by solid performances not only by the two leads, Vidya Balan and Shefali Shah, but by the entire ensemble cast. Jalsa means celebration and the film truly is a celebration indeed of good filmmaking.... full review

Thumbs up, by Madhuri V, Filmi Beat : ...However, what kills the fun in Jalsa is the fact that the director takes his own sweet time to establish the conflicts. The cards are revealed quite early in the plot and to add more to it, the slow-paced narrative takes away some of your interest. Read more at: https://www.filmibeat.com/bollywood/reviews/2022/jalsa-movie-review-vidya-balan-shefali-shah/articlecontent-pf325235-331516.html... full review

Thumbs up, by ANNA MM VETTICAD, FirstPost : ...Half the battle for Jalsa was won when Vidya Balan and Shefali Shah were roped in to share screen space. Balan has the ability to transport a viewer into the universe of her emotions, but rarely has she done so as thoroughly as in Jalsa, playing off Shah’s completely unself-conscious rendition of the distraught, progressively bitter Ruksana.... full review

Thumbs up, by Tushar P. Joshi, india today : ...Jalsa is a celebration of two powerhouse performers - Vidya Balan and Shefali Shah. To watch these two women go for the kill and make the most of what’s offered is a big enough reason to make this your weekend watch.... full review

Thumbs up, by Shubham Kulkarni, koimoi : ...Salsa gets its title from a trajectory you can’t even guess without watching the movie. It is a filmmaker evolving and two of the most prolific actors exploring their craft and maybe surprising their own selves as well. And the process churns out a film not just fresh but also an example of how a noir can be made differently.... full review

Thumbs up, by Sukanya Verma, Rediff : ...Despite the plot's incriminating tone -- peak effective in a symbolic moment where a huge tarpaulin cover is thrown over a press car -- Triveni is somewhat protective of his imperfect protagonists and wants to give them a shot at redemption. The entire film is a lead up to a confrontation between wrong and wronged, but when the moment finally arrives, Jalsa leaves us in the cold and to mull over the state of things.... full review

Thumbs up, by Nandini Ramnath, Scroll.in : ...The nerve-shredding feeling of being in a disaster film or a horror movie is enhanced by Maya’s recurring nightmares. One of these nightmares, if we have understood it correctly, is among Jalsa’s best scenes – a chilling moment of reckoning for an avoidable tragedy.... full review

Thumbs up, by Renuka Vyavahare, Times of India : ...With a runtime of a little over two hours, Jalsa, a captivating drama with a complex moral center, keeps you on the edge of your seat for most part of the film. This one’s a must watch, all the more for its terrific climax.... full review

Thumbs up, by IANS, Zee News : ...The film begins with a promise, but by mid-point, its tempo slackens and the pulse does not revive. In the final act, the narrative tries to resolve its multifaceted tensions neatly, but this appears like a flat-toned, rushed resolution, with Maya adrift with her own life and the bond with her maid resulting in conflict, and in this instance, the promise of potential understanding and reconciliation. Overall, ‘Jalsa' is a well-made film at odds with its roiling emotions.... full review

So-So, by Anupama Chopra, indian express : ...which develops the odd bump as the plot progresses, until it reaches a cathartic, if slightly designed end.... full review

So-So, by Anuj Kumar, The Hindu : ...The casting coup is not limited to Vidya and Shefali; the most eye-catching performance is of Surya Kasibatla, as the physically disabled Ayush. Surya, who is reportedly fighting cerebral palsy in real life, is a natural performer with not a single shred of artifice. Not to forget Vidharthi Bandi as Rohini George, the seemingly harmless journalist found in every newsroom who cracks the biggest of black holes. Iqbal’s timbre adds weight and the seasoned Rohini Hattangadi immerses into the household.... full review

Thumbs down, by Deepa Gahlot, Deepa Gahlot : ...Had the film been about the consequences of unintended actions, loyalty, sorrow and greed, it might have been emotionally affecting, but it inserts needless subplots and loses its grip on pace. There is also a bizarre reason why the relentlessly grim film is called Jalsa.... full review

Dear Meetu, exactly.. I felt the same way.. Very well made movie. Such movies are the ones that make us LOVE movies as a soul-searching, life-changing experience..

Raj has given this movie a Yay! Thumbs Up(Tense, gripping, suspenseful.). Raj has posted 99 comments and has rated 67 movies. See Raj's page for more details.