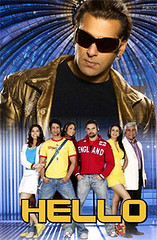 This review is by guest reviewer Aditya Kuber. Aditya is a movie fan who lives in Pune. When not watching movies, he loves photography, sports and books. He can often be spotted in a bookstore if not a movie theatre. Whenever he has the time, he also writes for a living. Aditya Kuber also blogs at http://scribbler.in/.

This review is by guest reviewer Aditya Kuber. Aditya is a movie fan who lives in Pune. When not watching movies, he loves photography, sports and books. He can often be spotted in a bookstore if not a movie theatre. Whenever he has the time, he also writes for a living. Aditya Kuber also blogs at http://scribbler.in/.