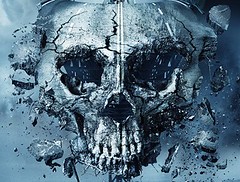 In a way, the Final Destination series breaks many laws of a horror movie genre – in terms of how the death traps are constructed and that’s why the series stands out. The 5th installment manages to include a few funny moments, without making you feel sick for laughing over someone’s death – and there’s a winner. It does, however, become all about the blood and gore. Hence, don’t go watch the film if you fainted in the 11th grade after attempting to dissect a frog.

Death did not enjoy the extended weekend, with Final Destination 5 releasing in 3D. Death (personified rather creepily by Tony Todd, the only recurring member of the series) had to perform its seasonal rituals, against those who defied the rules of the cosmic universe. It was Independence Day for some, and a gruesome travel to their ‘final destination’ for an unfortunate few.

It’s been 12 years since the first Final Destination movie blew us away, with its clever premise and not much has changed plot wise, with the fifth installment. Since the first bunch of people escaped the Flight 180 crash, Death has been standing guard – through 4 more films – at anybody who dare defy the cosmic laws of the universe. One by one, each person gets scratched out and you can’t help but think of Death as a Death Eater prototype, sitting in a grey cloud with a notepad of all the names.

However, 5 movies later, a clever premise has now been transformed into a grotesque, gory parade of jaw droppers. You could easily watch the entire movie through the slit between your fingers, while your hand covers your eyes. If you’ve followed the series from the first film, you will sense a slight disappointment. But for those of you who are just in for the blood and gore, Final Destination 5 is money well spent.

Final Destination 5 has a brand new cast, mostly from television series. Sam (Nicolas D'Agosto, from Heroes) is the one who sees a premonition about a breaking bridge. The lucky few who manage to escape include Emma Bell (The Walking Dead) playing Sam’s girlfriend; Miles Fisher (Gossip Girl) also Sam's coworker and best friend; and P.J.Byrne (Horrible Bosses) as a distant co-worker.

Director Steven Quayle, also James Cameron’s protégé, leaves no stone unturned with regard to visual effects. For once, the usage of 3D is justified, when the characters are all burnt, boiled, poked, laser-ed to death. While the premise remains ( rather predictably at that), somehow you feel through the years, this franchise has become more about the blood and gore than about visually playing out one of the most interesting concepts to come out of the movies.

The cinematography is in line with the genre, we intercut between slow establishing scenes and fast-paced cuts of the death scenes. The film maintains a blue tone, and when coupled with eerie background score provides a true horror experience.

If you get time to think between flying objects whooshing at you and blood drops splattering across the screen, you’ll realize the film approaches the most superficial part of your psyche – and so, it becomes that much more important to bring that out to discuss. It’s a typical discussion; one which adopts a to-each-their-own fixation.

If you like such films, this one’s a good weekend investment. But somewhere you will realize the film could have taken another direction – one that dealt with the topic of death and destiny, more symbolically and thematically.