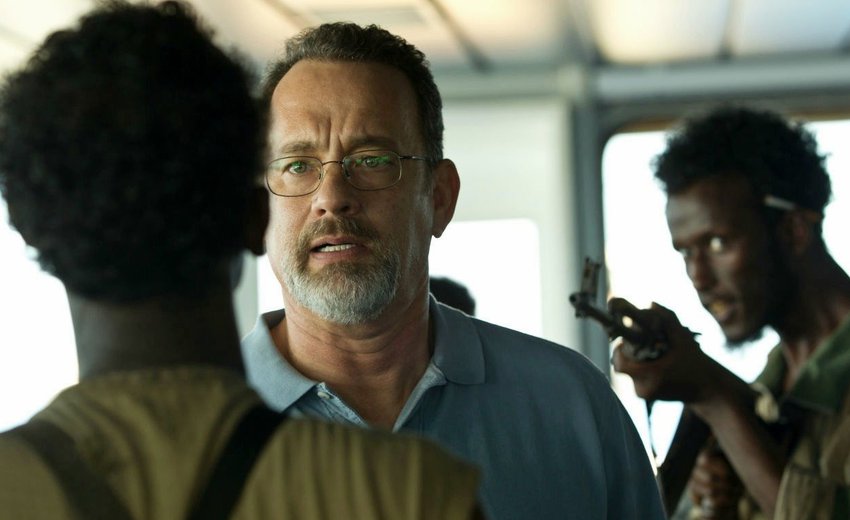 A thrilling film with terrific performances, Paul Greengrass's Tom Hanks-starrer Captain Phillips is a great DVD to own, because of some truly delightful bonus content.

He has done this before, Paul Greengrass; and I mean that in the nicest way. Greengrass has a penchant for taking stories based on true events - usually ones where we already know how they end - and he still manages to make gripping cinema out of them; the kind that fastens you to your seats.

The pinnacle of this still remains United 93, which is personally one of my favourite films ever. Using that familiar handheld camera and a brown, gritty colour tone, his latest offering is Captain Phillips - a film based on the real life Richard Phillips, who was captain aboard an American container ship, which was hijacked by Somali pirates in 2009.

Grim and claustrophobic, because so much of the film is set in tight quarters in the middle of nowhere, the film is almost unrelenting in its thrill factor. And while many filmmakers choose the handheld route to tell their tale, Greengrass always manages to make things look like they're real and happening before your very eyes, oblivious of the fact that everything is, in fact, being staged for the camera.

The confrontation scenes between the pirates, led by their leader Muse, and Captain Phillips are easily the highlight of the film. Watching the terrific Tom Hanks, in one of his career best performances (despite a strangely jarring accent), spar with young debutante Barkhad Abdi, who plays Muse, are a treat, because of just how convincing Hanks, in particular, is. Abdi is raw at times, but he mostly manages to match up to Hanks; a feat in itself.

The film, admittedly, makes for a better big screen watch, by sheer nature of it's subject. Thrills are obviously best experienced in darkened cinema halls. Yet, the DVD of Captain Phillips is so rich in content, that it actually makes the DVD a must-own for any true cinephile.

The most important feature, of course, is the option of watching the entire film with a commentary by Paul Greengrass. There's nothing quite like having the director talk you through a film, to tell you just what it took to conceptualise or film a particular scene.

He also narrates interesting snippets; like how Tom Hanks and the young men playing the Somali pirates hadn't ever met before filming their first meeting in the film. This was because Greengrass wanted to capture that unfamiliarity and nervous tension between them when they confront each other for the first time. Stuff like this truly adds value, when one wants to understand what a director's vision really entails.

And if the director's commentary wasn't enough, then there is also an in-depth 55 minute featurette titled 'Capturing Captain Phillips', which is essentially the making of the film. Again rich in all that it took to make a tough production like this a reality, the featurette is another little gem that aids in understanding the finer nuances of the craft of film production.

A single DVD packs in the film as well as the bonus features. The Captain Phillips DVD is one of those rare DVDs that one must buy more for the special features than for the film itself, even though the film is definitely worth a watch. United 93 is still my favourite Greengrass film, but with Captain Phillips, he surges ahead nonetheless.