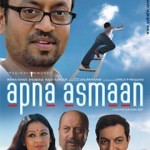 This article is by guest author Piu Sur. Piu is an ex-Student of Film Studies Chitrabani, Kolkata and a documentary film maker. She enjoys teaching mass communication. Her first love is French cinema. Talking about cinema over coffee is like refreshment for her soul. She dreams to make her expression on celluloid. Presently she enjoys media advocacy and is working as Manager, Communications at CRY (Child Rights And You). Piu Sur also blogs at http://childrightsandyou.com.