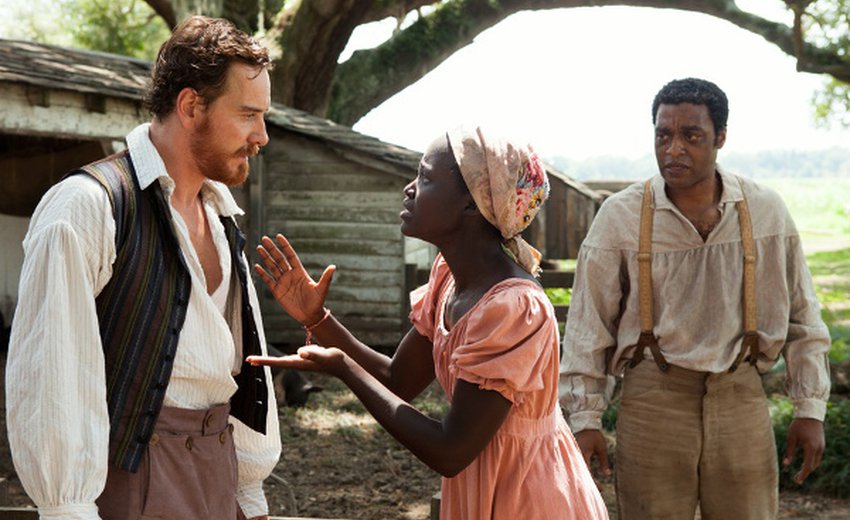 Steve McQueen's third feature, 12 Years a Slave, is star-studded and is mounted on a grander scale than his previous work. It turns out to be a mixed bag, however, because the film doesn't move you enough.

If you've watched Hunger or Shame, then your first impression of Steve McQueen's third feature, 12 Years a Slave, could possibly be that it's a loud film, by his standards; loud in every sense. Which is strange, because in many ways, the film is also like Quentin Tarantino's Django Unchained under the influence of a sedative. Quite clearly, everyone can't pull off loud.

Steve McQueen's usual tropes remain - an intense human drama, long takes, abrupt cuts that transport you to something completely different from the previous scene or shot; yet, 12 Years a Slave is a bit of a mixed bag. Despite the fact that McQueen has handled his considerably larger budget and star cast with relative ease, it still seems like too much of a departure for him.

The film, which tells us the story of Solomon Northup, a 'free man' in the mid-19th century - indeed, a talented man and a musician - who is duped and then forced to be a slave. It follows an episodic structure - if slightly non-linear, as it flashes back and forth in time often - as he is sent from one owner to the next.

Despite the fact that the film does hook you, and it affects you with some of the sheer brutality that slaves had to endure in those dark days of American and world history, the biggest problem with this film is that it doesn't move you enough. You expect McQueen to emotionally or intellectually stimulate you, but it doesn't happen.

The character of Solomon Northup, who is the soul of the film, comes across as too uni-dimensional. For a man who has spent a bulk of his life being free, there is a certain placidity in the way he goes about things, choosing to display a spine in the most unnecessary situations, while meekly accepting his slavery, when in fact his protest should have been more vehement. The relationships he forms with the people around him just don't strike a chord. You don't see why you should sympathize with his character at all.

And for once, Hans Zimmer disappointed me with his music score. Apart from the fact that it, like the rest of the film, is too loud for its own good, it also sounds far too similar to what Zimmer has been churning out for Chris Nolan lately. There's only so much you can invest emotionally into the atrocities committed on a human being, if the background score reminds you of Inception.

After a point, then, I was looking forward to seeing some of my favourite stars making their cameo appearances one after the other. Benedict Cumberbatch, Michael Fassbender (whose look is quite superb in the film), and Brad Pitt keep things interesting. Chiwetel Ejiofor, who plays Solomon, is clearly committed to the part. He rises above the writing often, but is let down by the character more than anything else.

12 Years a Slave talks about an important subject, and serves as a grim reminder of some of the horrific cruelties human beings have inflicted upon each other. It also creates a nice sense of period. But it's shortcomings lie in the narration of the story. You're simply left wondering about all those who saw far worse and for far longer, compared to which 12 years just doesn't seem so long at all.

Want to Watch, by Davis Khaled

Yay! Thumbs Up, by Anup : Exception

Pradeep- I disagreed to u a litl bit,,,,there hasnt been any prblm for me to get connected with the characters with the movie,,,,and i havnt expected that u would rate it as keen should rent else on dvd.....
And its a notch higher then Django for me,,,,,Story in Django has been shown with style and humour in it,,,,but 12 years of slave looks more realistic.....Only think which is bad in the movie in the music score as u mentioned

Anup has given this movie a Yay! Thumbs Up(Exception). Anup has posted 437 comments and has rated 108 movies. See Anup's page for more details.
Pradeep Menon

@Anup: You know, I'm glad that you could connect with the character of Solomon Northup. Because I was under the impression that you need to be American; to actually feel a little bit of the devastating effects of racism and slavery, to feel for him. I guess this proves that, on some level, the story is universal.

I suppose the real reason I was a tad disappointed by this film is the fact that Steve McQueen chose a more vocal narrative than he usually does. 12 Years a Slave isn't a bad film at all. I wish he had stuck to his own style while narrating, that's all. But then, I've always maintained - saying that a director's 'choice' is wrong, is the wrong approach to studying and understanding cinema!

PS - I hope you've watched Steve McQueeen's Shame. If you haven't, then I highly recommend it. So silent, but so powerful. It is one of the reasons why I like British filmmakers a little bit more than American ones, in general.

Pradeep has given this movie a So-So. Pradeep has posted 47 comments and has rated 10 movies. See Pradeep's page for more details.
Anup

@Pradeep- Steve McQueen was unknown to me,,,,before 12 years of slave,,,,but i liked this movie so much that i had checked director’s filmography,,,,and Shame is now on my WANT TO WATCH list

Anup has given this movie a Yay! Thumbs Up(Exception). Anup has posted 437 comments and has rated 108 movies. See Anup's page for more details.
jj

I couldnt relate with Shame at all. Cudnt understand whether the movie was about protoganists addiction or his rediscovery of brother-sister bond. 12 years a slave is in my watchlist.

This movie is too good I love it

Great review, Pradeep. You share some great opinions, and it's definitely given me some new insight. I thought this movie was great, but I was especially taken aback by the women. It seemed their characters were more or just as wretched as the masters. Edwin Epps' wife was such a bitch! I read somewhere else that she wasn't portrayed accurately in the movie. However, Epps was portrayed kinder, if you can imagine.