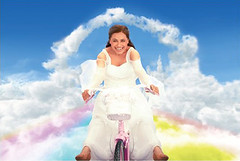 wogma rating: The keen should rent; else TV/online (?) - No kids for company? Skip it!