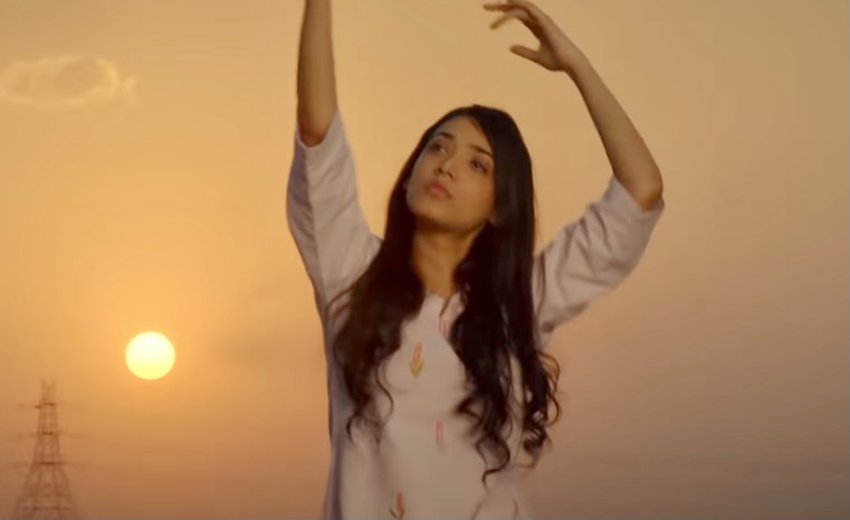 Summary of an intense drawing-room conversation about women’s oppression in everyday life. Charming when it isn’t coming off like a lecture from one India to another.

Shaadisthan’s focus is the most intriguing bit—women’s oppression in a specific section of society. Not rural women, poor women, or women from a particular caste; these are women who have migrated from villages to the cities and are minimally wavered by the “modern” environment. Women who try their best to teach their daughters to not argue with their dads. Women who are continually doing the right thing, worrying for their husbands even as the husbands are putting them down.

The conversations between Arshi and her mother, on the other hand, are muted, through eyes, words becoming unnecessary.

And this is intriguing not because it is new or unfamiliar. On the contrary, it is because someone made a film straight out of my life. I have seen these women, my relatives and even friends. I might have just narrowly escaped becoming one of them. And since I call it an escape, I should have been with the woman trying to empower and enable the submissive woman. Instead, I felt like asking her to back off.

I also questioned if my discomfort came from her showing me a mirror that had much too clear a reflection. I wondered if I was shaken a bit by the many pointed questions I was asking my older self. Ultimately, though, it was more to do with how high-handed the modern voice sounded. The regressive voice points it out too, but that just doesn’t seem enough.

Evidently, I was continuously engaged with the film’s characters. The film itself doesn’t have much of an arc, like most stories that span a couple of days. It is about the situations the characters find themselves in and how they find their way out. And that’s where I felt let down. The transformations happen too quickly and rather too conveniently.

Fortunately, until then, we see two strong relationships form between, three women. Finding themselves together on a bus journey, Sasha, Arshi, and Arshi’s mom have conversations. Mature conversations between Sasha and Arshi’s mom are all too familiar. One questioning the other. The other counter-arguing. Both listening. The conversations between Arshi and her mother, on the other hand, are muted, through eyes, words becoming unnecessary. Of course, all three actresses—Kirti Kulhari, Nivedita Bhattacharya, Medha Shankar—do a wonderful job of making their characters seem like they are right out of real life. 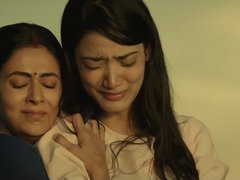 These relationships kept my attention despite my discomfort with the air that the modern woman carries about her. I certainly agree with her, though I am not sure her voice could be as eye-opening as it is made out to be. And yet, Shaadisthan should be watched. For those who know the situation all too well, it will be relatable. For those who don’t, it is worth empathising. The movie feels like a crisp yet unhurried discussion that these two groups would have if they ever met.

Thumbs up, by Russel D'Silva, Bollywood Life : ...Despite a couple of superfluous sequences that could've been done away with and an unexpectedly rushed climax, Shaadisthan rises way above expectations on the back of a fierce, fiery and fabulous Kirtisome excellent writing that subtly yet strongly mows down patriarchal shackles on a beautiful road trip.... full review

Thumbs up, News18.com : ...Shaadisthan is refreshing backed by sensitive powerfully backed by sensitive and memorable performances from the talented cast. PS: Its women looks exhausted by the end but also freed, open honest just as they should be.... full review

Thumbs up, Scroll.in : ...The peppy music, by Nakul Sharma and Sahil Bhatia, weave in and out of the narrative’s upbeat notes. Kirti Kulhari embodies the movie’s gently conveyed themes of rebellion and freedom. With her modulated voice and subtle ways, Kulhari’s Sasha reveals a new world to Kamla and Arshi, one that is impossibly feelgood but also feels about right.... full review

So-So, by Shreshtha Chaudhury, Filmi Beat : ...Shaadisthan if dealt with more intricacy, could've come across as a more powerful tale of empowerment and feminism. Despite the message falling flat, watch this one for the honest performances and the refreshing music. We give Shaadisthan 2 and a half stars.... full review

So-So, by Shubham Kulkarni, koimoi : ...All in all Shaadisthan is an honest attempt at talking about a stigma that needs to be addressed. But more depth and layering could have done wonders to the film. Thank the actors for being their authentic selves in front of the camera!... full review

So-So, by Saibal Chatterjee, NDTV : ...Though the men in the film aren't entirely unimportant, Shaadisthan eventually boils down to being a story of three women – a troubled teenager, a fiercely independent singer and a dutiful homemaker who appears to know no other way of living. All three eventually learn a little from each other.... full review

So-So, new movie : ...It is one of those movies making us aware of women’s empowerment. The shoddy storytelling and dull execution might disappoint you a little bit.... full review

So-So, by Ronak Kotecha, Times of India : ...‘Shaadisthan’ embarks on the road less taken, but never reaches its destination to truly engage and entertain its audience.... full review

Thumbs down, by Rahul Desai, Film Companion : ...Actually, scratch that. If only films like Shaadisthan stopped preaching altogether, perhaps we all wouldn’t feel like a bunch of unruly kids trapped in a confession booth. And maybe the commentary wouldn’t sound like it’s being done in Sanjay Manjrekar’s voice.... full review

Thumbs down, by Anna MM Vertticad, FirstPost : ...The star of the cast is Kulhari who, you might imagine, has some bargaining power since she drew applause for her work in Pink (2016) and continues to reap popularity with her role in the Amazon Prime series Four More Shots Please! Perhaps we assume wrong, or at least the kind line to take on why she signed up for Shaadisthan is that Bollywood is not, in fact, offering her sufficient worthwhile roles. To assume instead that she was actually impressed with this script is not a compliment to her instincts at all.... full review

Thumbs down, by Priyanka Bansal, NewsBytes : ...The director gets too caught up between trying to give a message about patriarchy and society at a larger scale v/s an 18-year-old accepting her fate, while still fighting. The climax that needed much more nuance is over in mere two-three minutes, thus looks incomplete. Even though its heart is in the right place, this movie gets too obvious and holier-than-thou.... full review

Thumbs down, by JOGINDER TUTEJA, Planet Bollywood : ...Even technically the film is quite weak as it doesn’t even look like being shot from a film camera. The sheer framing of so many shots are lesser than some of the poorly made OTT shows and you wonder how this was qualified as a ‘film’ to begin with. Moreover, even the performances are nothing great to write home about as other than Kirti and Nivedita (and to some extent Apurva and Shenpenn) there isn’t much to notice. As a matter of fact Medha has such an important part to play in the film but she is so dull that your heart doesn’t even beat for her.... full review

Dear Meetu, nice review. I know such things exists even today- and for us who are mere witness - not part of that "ruck" society - everything showed in such movies seems so cliched - yet deep down - we know - it is sadly so relevant even today.. beyond our India - caste and misogynies still abuses women and minorities and it is such a BIG MONSTERS - An elephant in the room - that no one can see..

Raj has given this movie a Want to Watch(Seems Cliched but sadly still relevant). Raj has posted 86 comments and has rated 54 movies. See Raj's page for more details.
meeta

@Raj Thank you. Yes, indeed, we seem to have come a far way from where we were, and yet we have made little progress.