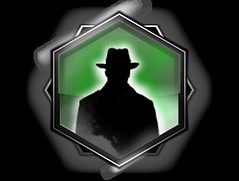 The Green Hornet is the movie you should go and watch if you don’t mind watching a senseless but fun flick. But if you would even try to make any sort of sense out of the movie, you’re in for a huge disappointment. The movie is inspired from the radio show and a TV series by the same name. But unlike them, it fails to live up to its potential. With names like Christoph Waltz, Seth Rogen and Cameron Diaz involved, you want it to be so much more than it actually is. Its still quite enjoyable to watch for its cranky humor and sleek action sequences.

The Green Hornet was a radio show back in 1930s, which later translated into a comic book series, a television series and now a movie. When a concept has been working well for the audiences in so many variants for decades, you’d think its real hard to screw that up now with all the technology at your disposal. This film almost manages to amaze you by doing just that. ‘Almost’ being the key-word here, as its still a good fun-filled mindless action movie, but nowhere near as awesome as the other forms of the franchise.

After The Incredibles, there have been plenty of flicks that have experimented with the superhero concept. Some have been successful (Kick-Ass, Megamind, etc) while others have miserably failed (Epic Movie, Underdog, etc). The Green Hornet lies somewhere in between because it has Seth Rogen as Brett Reid, a.k.a The Green Hornet, as the egocentric cocky billionaire with daddy issues and a hero complex (sounds familiar?) who fits into your pop-culture superhero perfectly; and on the other hand you have Jay Chou as Kato, his faithful partner, who does all the hard-work from kicking the bad guys to building weapons, cars, coffee-machines, pretty much everything as if he was born to be a superhero. An idiot with a big mouth and a kung-fu god, has been a trusted formula for success but it falls a little short for this film. A very mundane screenplay and under-utilization of the actors is to blame.

Seth Rogen is the lead actor, writer and producer for the film. And with great power, comes greater screen-time. He is all over the movie. I like Seth Rogen, I do, but when you have an immensely talented actor like Christoph Waltz and a looker like Cameron Diaz on your team, you ought to give them time to shine too. Cameron is totally wasted in the film with very little screen time for her to do anything meaningful. She makes most of what she’s got though.

Christoph Waltz is the reason, I insist you watch the film rather than just let it go. The guy is a powerhouse of talent. He’s done an excellent job at being the self-conscious psychopathic crime boss. For me, the most memorable scene of the movie is between him and James Franco in his cameo (another very talented guy). If only James had a longer role, this movie would have done wonders.

Jay Chou had Bruce Lee’s shoes to fill in, who played Kato in the television series. Needless to say they are pretty-darn big and near impossible shoes to fill in. He does a respectable job though, and is awesome in action sequences. But I’m so not a fan of the red-eye thing they’ve inserted in every action sequence. Sometimes technology works against you. Michel Gondry (director) could have done a much better job. Music score of the film is great. Soundtrack had many songs I grew up listening to.

Its a good action flick with enough comic moments to satisfy you. But has nothing much to remember it by. Watch on DVD for sure.