This is probably one of the most-hyped Marathi films of the year after Ravi Jadhav’s Timepass 2 and understandably so. After all, not every other film gets presented by such a bankable name. That's the lone reason I kept my fingers crossed hoping to find something engaging in a seemingly done-to-death, over-dramatized. This also perhaps motivates you to watch the film – in case you feel let down by its trailer. Not to my surprise, he is not the only instrumental force here. A slightly fresh perspective – though not utterly mature – strings together glimpses of writing brilliance with glistering visual aesthetics, adjudging director Prakash Kunte’s rom-com a force to reckon with.

Both Rege (another Ravi Jadhav presentation) and Coffee Ani Barach Kahi looked abysmal prior to their releases, all thanks to bewildering marketing. Trailers of these two take great amount of pains to appear outright conventional (presumably to hold in your expectations), yet the films themselves merit as distinctive and highly enjoyable. The misleading promotions are predictable and have sugarcoated narrative layers.

Jaai, the film’s female lead character is perplexing. A software engineer by profession, she comes out as an out-and-out confident, independent, modern woman. A weird-sounding, old song set as her phone’s ringtone or Puneri one-liners written on her bedroom wall or even her choice of clothes deem her a free-spirited, ferocious personality. And she does appear rattlingly fierce during her encounter with a prospective groom, a childhood friend. 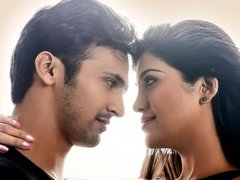 Her parents sound exceedingly supportive, if gags about the endless affairs of Jaai’s younger sister are anything to go by. Strangely enough, she looks baffled and timid when they question her relationship status. Her bluntness, at other times, certainly raises conflicting images. The world around her is so mature that her complications emerge as infantile, something this prospective groom points out eventually. The issues of inconsistent portrayal don’t haunt just her character however; the film is full of them.

Similar to other girl-meets-boy stories, this film is not devoid of a customary world – where Jaai and Nishad are surrounded by characters that pass on philosophical thoughts in order to help them be soulmates. But you see, that’s not the point here – predictability is sure going to drive the plot somewhere or the other.

Coffee Ani Barach Kahi has the timely infusion of philosophy saddled with remarkably playful dialogues. I don’t remember the last time a Marathi film had conversations so bubbly, yet so persuasive. At times, these thoughtfully-written words guide the narrative in an astoundingly nuanced, unpretentious style. Not to mention soulful poetries put the message across without being overbearingly sentimental or hindering the film’s narrative flow.

This is a rom-com, which clearly shows the way without a dance sequence along beachsides. That said, it doesn’t shy away from clichés. This is where such an effortless work becomes laborious and ineffective.

Sure, this film is no stunner. It freezes as an unfulfilling one, despite its platter of intriguing elements as indicated by its title. Nonetheless, it is so beautiful and honest in its endeavor that the whole, so-called conservative approach appears trivial.

Which old song used in this movie as a ringtone....